Clyde Bruckman’s Final Repose 3×4: Nobody does anything without a reason. 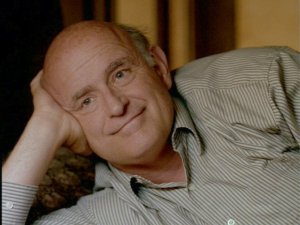 Darin Morgan has done it again. It’s another flawless X-File. He’s written an episode that’s so perfectly executed I find myself struggling to write anything about it at all other than, “Oh my word! So awesome!!!” I realize such outbursts don’t count as critique in the traditional sense, but it’s hard to review an episode that even now, many years after I first saw it, finds me laughing out loud at new moments. I’ll try, but I make no promises.

We can’t talk about “Clyde Bruckman’s Final Repose” without giving homage to Clyde Bruckman himself, the marvelous Peter Boyle. Most will know him from Everybody Loves Raymond and sadly, he passed away a few years back. Fortunately, he left us with some great Television and Movie memories. I have to say, Darin Morgan’s legendary writing aside, Peter Boyle’s sardonically wise portrayal makes this episode. He’s equal parts sad and snappy. And while you’d think the ending would turn this into a dreary episode, we so relate to Bruckman’s witty struggle that even suicide can’t stop the party.

Bruckman is a dream come true for Mulder who initially worships his psychic power with the awestruck innocence of a little leaguer in front of Mickey Mantle. When Bruckman attempts to lead them to a body, Mulder is so over-eager during the car ride he might as well have asked, “Are we there yet?”:

Bruckman: You know, there are worse ways to die but I can’t think of a more undignified one than autoerotic asphyxiation.
Mulder: Why are you telling me that?
Bruckman: Look, forget I mentioned it. It’s none of my business.

Probably this is just Bruckman trying to shake a puppy dog off of his leg, but who knows? It would certainly be an ignominious end not out of character for Mulder. However, Scully’s responding smirk belies any seriousness.

The episode isn’t all jokes, though. Like “Humbug” (2×20) before it, it has some important life questions buried within the narrative. Questions, mind you, not answers.

Bruckman: Why does anyone do the things they do? Why do I sell insurance? I wish I knew. Why did this woman collect dolls? What was it about her life? Was it one specific moment where she suddenly said, “I know, dolls!” or was it a whole series of things, starting when her parents first met, that somehow combined in such a way that in the end she had no choice but to be a doll collec[tor].

That right there is the whole crux of the story. The killer, Puppet, did he choose his fate or did his fate choose him? Right at the beginning, we see the killer and Bruckman meet and dance a shuffle of fate. Was it by chance?

Do we live our lives hemmed in by destiny? Puppet refers to his life as “a mere formality.” He thinks that he does the things he does because he’s destined to. In truth, he does them because he’s insane. Is that fate or free will?

Bruckman: No, you don’t kill me yet.
Puppet: I don’t? Why not?
Bruckman: How should I know?

So which side of the debate is Bruckman on? On the surface, he makes it clear to Mulder that there’s nothing one can do to stop the future. As he so aptly puts it, how can he see the future if it doesn’t already exist. Yet, despite his protestations, he helps Mulder and Scully; if not out of any sense of moral obligation then in a final effort to do something more with his life than sit back and wait for the inevitable to occur. And who knows? Maybe by changing the future he can change his past.

…And the Verdict is:

Bruckman may not have changed his own fate, one that it appears he was aware of from at least the beginning of the episode and probably much earlier, but he did affect Mulder’s destiny. Or did he? Whether or not the killer’s visions were accurate or not, who can say? They had certainly come true up to that point so I’m inclined to think Bruckman did some good. After all, “That’s not the way it was supposed to happen.”

But what about Bruckman? You’d think a suicide would put a damper on the whole thing, but somehow, poignant though it is, it isn’t depressing the way it would read on paper. Does he kill himself out of obedience to fate? Or is it because his job is finished, he’s done his good deed and now there’s no need for him to put himself through the torture of knowing the future anymore?

Darin Morgan has an incredible ability to exceed the audience’s expectations about what an X-File is by mocking those very expectations. He raises questions without giving us answers. Me, I’m not so sure that destiny and free will are conflicting concepts. Is it unreasonable to think that one exists inside the other? Or even better, because of the other?

Like “Humbug” you can take a deeper message from it if you want or, my personal favorite, don’t take anything from it at all but just sit back and enjoy it.

So, does Scully die or doesn’t she? You heard the man. She doesn’t. You hear that, Chris Carter?? Don’t you pull a funny one in X-Files 3.

Mulder can read tea leaves? Like the Fiji Mermaid leap he makes in “Humbug”, Mulder’s powers of deduction are exaggerated for effect.

Editor’s Note: Most of the jokes in this episode are better in context, not as quotes. Either way, I’d have to transcribe the whole script to include the “best” and that still wouldn’t do it justice. Please, enrich your life and go watch it.

Madame Zelma: Mister, please, you’re hurting me.
Puppet: I know, I know, I’m sorry. But you’re a fortuneteller. You should have seen this coming.

Detective Cline: Look, all I know is that, so far, Yappi has provided more solid concrete leads on this case than you have. Now, if you don’t mind, I have to get an APB out on a white male, 17 to 34, with or without a beard, maybe a tattoo, who’s impotent. Let’s go.

Detective Cline: It’s kind of creepy isn’t it? The Stupendous Yappi said the first victim’s body has been dumped somewhere, then we find it in a dumpster.
Mulder: Ooh. I just got a chill down my spine.

Scully: We can’t come up with suspects by having visions.
Bruckman: Jealous?

Scully: All right. So how do I die?
Bruckman: You don’t.

Puppet: There’s something I’ve been wanting to ask you for some time now. You’ve seen the things I do in the past as well as in the future.
Bruckman: They’re terrible things.
Puppet: I know they are. So tell me, please, why have I done them.
Bruckman: Don’t you understand yet, son? Don’t you get it? You do the things you do because you’re a homicidal maniac.
Puppet: That… that does explain a lot, doesn’t it?

39 responses to “Clyde Bruckman’s Final Repose 3×4: Nobody does anything without a reason.”