Sanguinarium 4×6: I hope those instruments were properly sterilized. 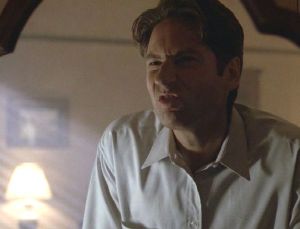 I remember how my heart sank when the Orthopedist told me I was going to have to have surgery on my knee. You’d think if one was going to tear their ACL in a skiing accident, one would have been sailing down the Blue slopes at least, instead of ending up in a pile at the bottom of the lift before one technically set foot on Blue ground. There should at least be a glamorous War Story to go with a Battle Scar. But I digress.

Even though I was raised by a Physician and have never been queasy about the practice of medicine or medicines themselves, surgery is one of those events I’ve hoped since childhood never to participate in. Maybe it’s the loss of control, maybe it’s the horror stories I’ve heard about reactions to anesthesia, maybe it’s the fact that even the best Surgeon can fumble and that unexpected curveballs can be thrown once the human body is opened up, but I’ve mentally shied away. Which is why it’s been difficult for me to wrap my head around our skyrocketing plastic surgery rates here in the U.S.

After all, surgery is surgery. And this episode touches on the (usually) unspoken fears of patients and the platitudes that they comfort themselves with; “It’s a routine procedure”,  “routine” meaning that nothing bad can happen. “Sanguinarium” highlights the ultimate vulnerability of patient’s situation, plays on that anxiety, and then takes us on a tangent of horror that serves the story better at moments than at others.

Despite the public’s many concerns over “Home” (4×3), this is the first time I’ve personally found an episode a little too gross. While I’m not squeamish, something about a bath full of blood screams, “overkill” to me. Then there’s that whole “watch a man peel off his own skin” thing.

Aside from questionable content, it’s actually well done, thanks, no doubt, to The X-Files’ go-to man for horror, director Kim Manners. The scene when Nurse Waite coughs up those straight pins is particularly nicely shot. The police lights add to the chaos and adrenaline of the moment while disguising what amounts to a cheap theatrical trick under a cover of half-darkness. For me it’s the most memorable moment of the episode.

Sans blood and gore, much of the episode is spent in exposition about the current state of healthcare, the rise of plastic surgery that’s gone hand in hand with the fall of medicine in general.

Dr. Shannon: Our practice has been affiliated with Greenwood for 13 years. Now the ASU accounts for over 50% of this hospital’s revenue. Do you know what that means?

Scully: It means that while Doctors in other fields have seen their earnings fall because of managed healthcare you’ve all managed to become wealthy.

Whatever the situation was in 1997, it’s far more pronounced now. Where I was raised is both one of the Cosmetic Surgery capitals and Geriatric capitals of the U.S., which makes for an odd combination. People regularly take out massive loans to pay for superfluous procedures in cash or put it on credit and add years’ worth of debt to their lives, but it’s not uncommon to visit a General Practitioner’s office and overhear someone refusing to pay their $20 Co-pay… someone who’s clearly been pulled and stuffed once too often.

Why put ourselves in such a precarious position for nothing more than vanity? Surgery is still surgery after all. But it’s easy to get caught up in the culture, as Mulder is evidence of in this episode. His prodding in the mirror is a cute diversion. Though I find myself raising a skeptical eyebrow at the fact that they expect us to believe that someone who looked like Fox Mulder/David Duchovny would actually consider changing his face.

This is one of those episodes where Mulder and Scully don’t put a stop to the evil. Sure, they figure out what Dr. Franklyn, now Dr. Hartman, was up to. But he’s clearly going keep up his Blood Rejuvenation scheme for a very, very long time.

In the end, things turned out better for me than they did for Mulder and Scully. By the Grace of God, my knee was healed, much to the shock of my Orthopedist. Surgery was rendered unnecessary and I was spared the experience of, well, surgery.

“Sanguinarium” is a solid sort of episode, I suppose. But it’s gross without being satisfying the way an episode of The X-Files usually is. Which is not to say that I don’t like it because I do, it’s just not quite enough to get the taste of “The Field Where I Died” (4×5) out of my mouth.

Why doesn’t Dr. Shannon want to be operated on and why do Mulder and Scully try to stop it? If they didn’t take that stuff out, wouldn’t she just have thrown it up and died anyway?

Maybe to make up for the Wiccan outcry over “Die Hand Die Verletz” (2×14) we have a “good” witch in this story. Although, it turns out there was an even larger outcry over this one…

I saw you checking out that nurse, Fox Mulder.

Dr. Franklyn/Dr. Hartman: I like to say that whoever God didn’t get around to creating in His own image, it’s our job to recreate in ours.

Scully: There’s magic going on here, Mulder. Only it’s being done with silicone, collagen, and a well-placed scalpel.

Dr. Lloyd: I think this patient… is finished.

Mulder: Are you aware that Dr. Lloyd is claiming that he was possessed during the incident?
Nurse Waite: I guess it’s cheaper than malpractice insurance.

This entry was posted in Uncategorized and tagged David Duchovny, Die Hand Die Verletz, Home, Kim Manners, Mulder, Sanguinarium, Scully, The Field Where I Died, The X-Files. Bookmark the permalink.

19 responses to “Sanguinarium 4×6: I hope those instruments were properly sterilized.”